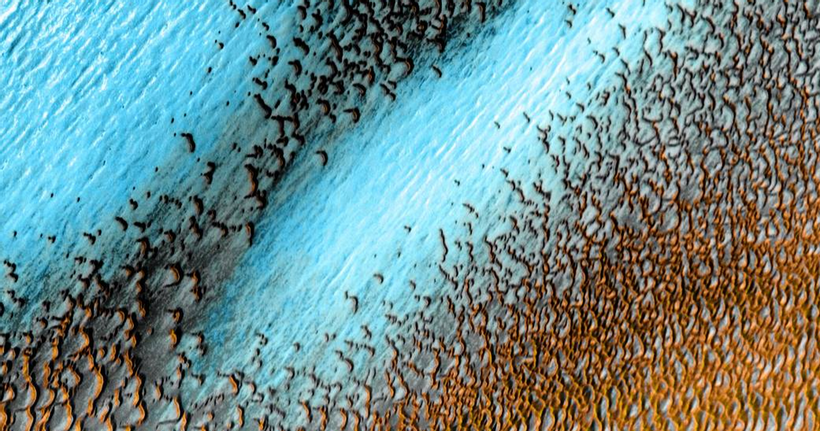 You’ve likely heard of blue moons, but have you heard of blue dunes? Specifically, blues dunes on Mars.
If not, have no fear. NASA’s got you covered.
On Thursday, the U.S. space agency released a breathtakingly beautiful photo alongside a post titled, “Blue Dunes on the Red Planet.”
As noted in the post, the dunes surround Mars’ northern polar cap and were created by gusts of wind. The image below shows an area (80.3 degrees north latitude, 172.1 degrees east longitude) that’s 19 miles wide though… 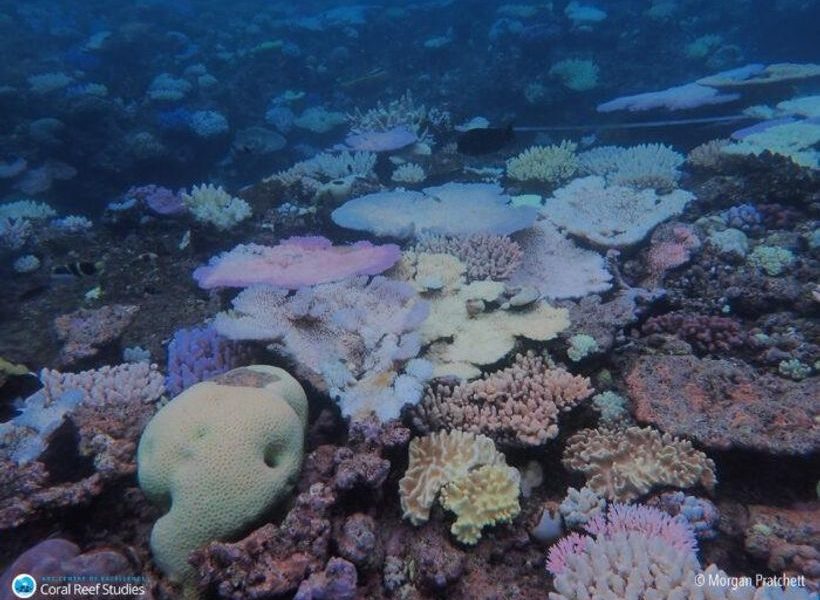 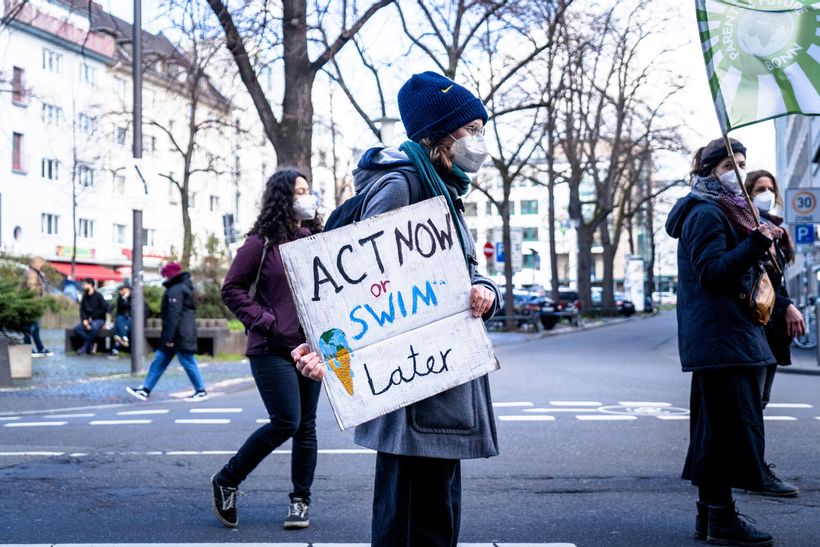